After breakfast check out from hotel and drive to Sarchu, Quick stop at the police check post & and then we follow along the Darcha river. We zigzag our way up to the Baralacha pass and cross one of the toughest passes of the journey: the Baralacha pass lies at 16,500 feet and has of course stunning views…Then we descend to “Bharatpur” for a well-deserved chai break and hot lunch. After lunch we ride some fantastic bits of road along the valley floor to our overnight campsite in Sarchu. This is a wonderful semi-permanent campsite. Dinner and night in the camp.
Overnight Stay in Camp.

Start early Morning after Breakfast, to stamp on the grounds of Heaven on Earth called as Leh. En-route you will come across beautiful landscapes of Baralancha-la, Tanglangla, Moore Planes & Upshi, the route most loved by Shutterbug community.If you are sleeping while traveling on this route means you are missing the most precious times of your life.(This is the longest route on the journey, you are suggested to start early and reach by evening, you will be tired & exhausted by the time you will reach Leh.)
O/N Hotel Leh

After breakfast check out from hotel and way to leh local seeing and visit all places and 1000 years old alchi monastery the only gompa in ladakh region on flat ground.Thereafter proceed to the likir monastery to visit the splendid three storeys dharma wheel gompa. Here you’ll be awestruck with the sight of the massive Buddha statues., Indus & Zanskar river sangam , drive along the Indus river visiting, pathar sahib gurdwara and magnetic Hill where the cars defy gravity), basgo palace hiking only and further on to Leh hall of fame which has a museum of the kargil war memorabilia.
O/N Hotel Leh

After an early breakfast we drive to Nubra Valley via khardungla pass (the highest motor able road in the world) at 18,390 ft, around 39kms from Leh. Nubra Valley is popularly known as Ldumra or valley of flowers. It is situated to the North of Ladakh between the Karakoram and Ladakh ranges of the Himalayas. Visit Sumoor, another pretty village on the other side of the river. Samstanling monastery or Gompa is one of the 15 big monasteries of Ladakh founded by Lama Tsultrim Nima who also founded the Rizong Monastery and in the evening visit the DISKIT monastery situated on a hill overlooking the entire Nubra Valley and have see the biggest Maitreya Buddha’s Statue below the Monastery and later drive to Sand dunes enjoy a camel safari (Optional). And after reaching way to ladhak festival Ladakh festival is celebrated from 20th to 26th September, every year in Leh and its villages. The inauguration ceremony of the festival takes place in Leh on a large scale with a procession of several cultural troupes from different part of the region which traverses through Leh Market. There is dancing, singing, traditional music, people wearing colorful traditional Ladakhi dresses. It comes to end at the Polo ground. The festival is for 6 days with regular celebration in various villages including archery, polo, and masked dances from the monasteries and dances by cultural troupes from the villages. There are musical concerts too. Diskit Monastery: One of the oldest temples of this area, the temple has a huge idol of Tsong-kha-pa, crowned with a Gelugpa yellow hat. The Diskit Gompa dates back to the 14th century and owes its inception to Changzem Tserab Zangpo, a disciple of Tsong-kha-pa. Post the Diskit Monastery, proceed for backward journey to Leh, once again driving via Khardungla pass the World Highest Motorable road. In the evening, you can explore Leh bazaar for souvenir and some shopping on your own. Later, enjoy your dinner & a comfortable.
O/N Hotel Nubra Valley

After breakfast at the hotel, drive to to Pangong Lake on the Indo China border. On your way, you will cross Changla Pass, the third highest motor able road in the world.
Pangong Lake: The picturesque lake is one of the major draws of the Leh-Ladakh valley. a location of several film shootings and known for its pristine waters surrounded by awe-inspiring mountains, Pangong Lake is a prime tourist attraction. The long and narrow lake lies in the neighbourhood of the famous Chushul Mountains.
O/N Camp Pangong

After breakfast check out from hotel and drive to leh and explore the beauty of lake and later we drive bto leh enroute visiting Hemis Gompa, the largest monastic foundation of Drukpa Kagyu Order of Tibetan Buddhism. Drive further to Leh and check in at our hotel for Overnight. In the evening you can stroll around the market place for some last minute souvenir shopping
O/N Hotel Leh

There are no reviews yet.

Be the first to review “Spiti Tour Package” Cancel reply 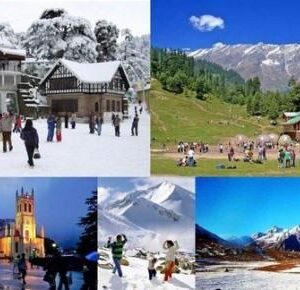 Contact us to experience ultimate adventure of your life time.

Open chat
1
Need help?
Hello!
How can I help you?